Queen Elizabeth Park was formerly a Ministry of Defence barracks and depot in Guildford initially for the Auxiliary Training Service and later for the Women’s Royal Army Corps and 3 Map depot. In 1983 it was sold with permission to develop the 57-acre area for residential and some commercial use. The Developers completed the transfer in 2002. Her Majesty the Queen trained at the Queen Elizabeth Barracks during the latter part of the war although she travelled home each night to Windsor Castle.

Construction began by Linden and Laing Homes in 2002/3 of 525 new house on the site. The mature landscape and established woodland have been retained and enhanced as a key feature of the neighbourhood. More than 1000 trees have been preserved.

The development was also supported by a new commercial square surrounded by 4,550 sq. m of uses including a community centre, children’s nursery, health and fitness centre and approx. 26 commercial business units located in Parklands.On 26 March 2014 the WRAC Association installed engraved Plaques on two Obelisks located in Queen Elizabeth Park Guildford providing a permanent record of the former use of the site from 1941 to 1993. These can be found in Hopkin Close and Forster Rd. The roads in Queen Elizabeth Park are named after former ATS and WRAC Directors and former Directors of Music of the WRAC Band. Wake Close for instance was named after Nancy Wake who was a secret agent during the Second World war living in Marseille and worked to get people out of France and was one of the Allies most decorated person and the Gestapo most wanted! 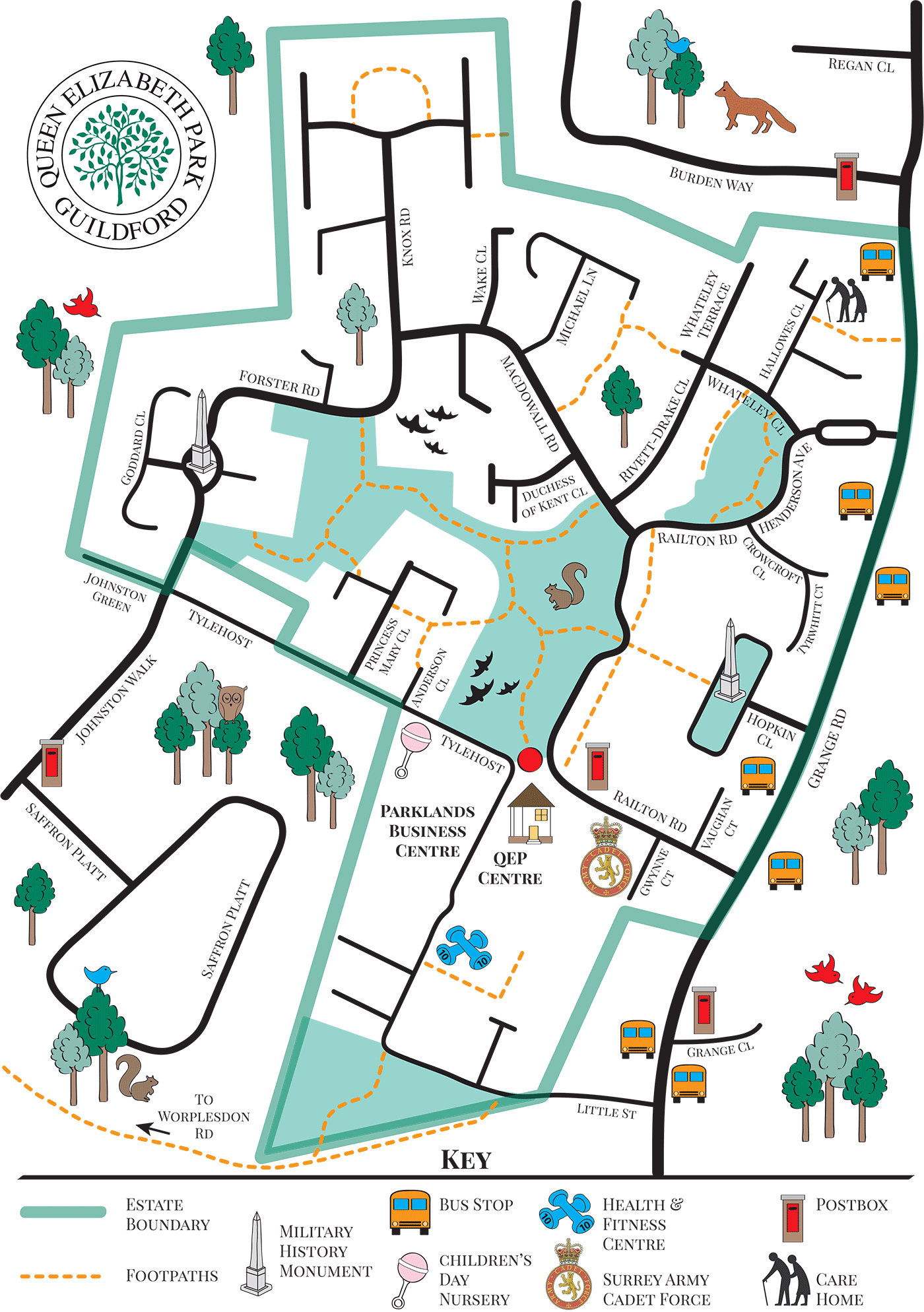 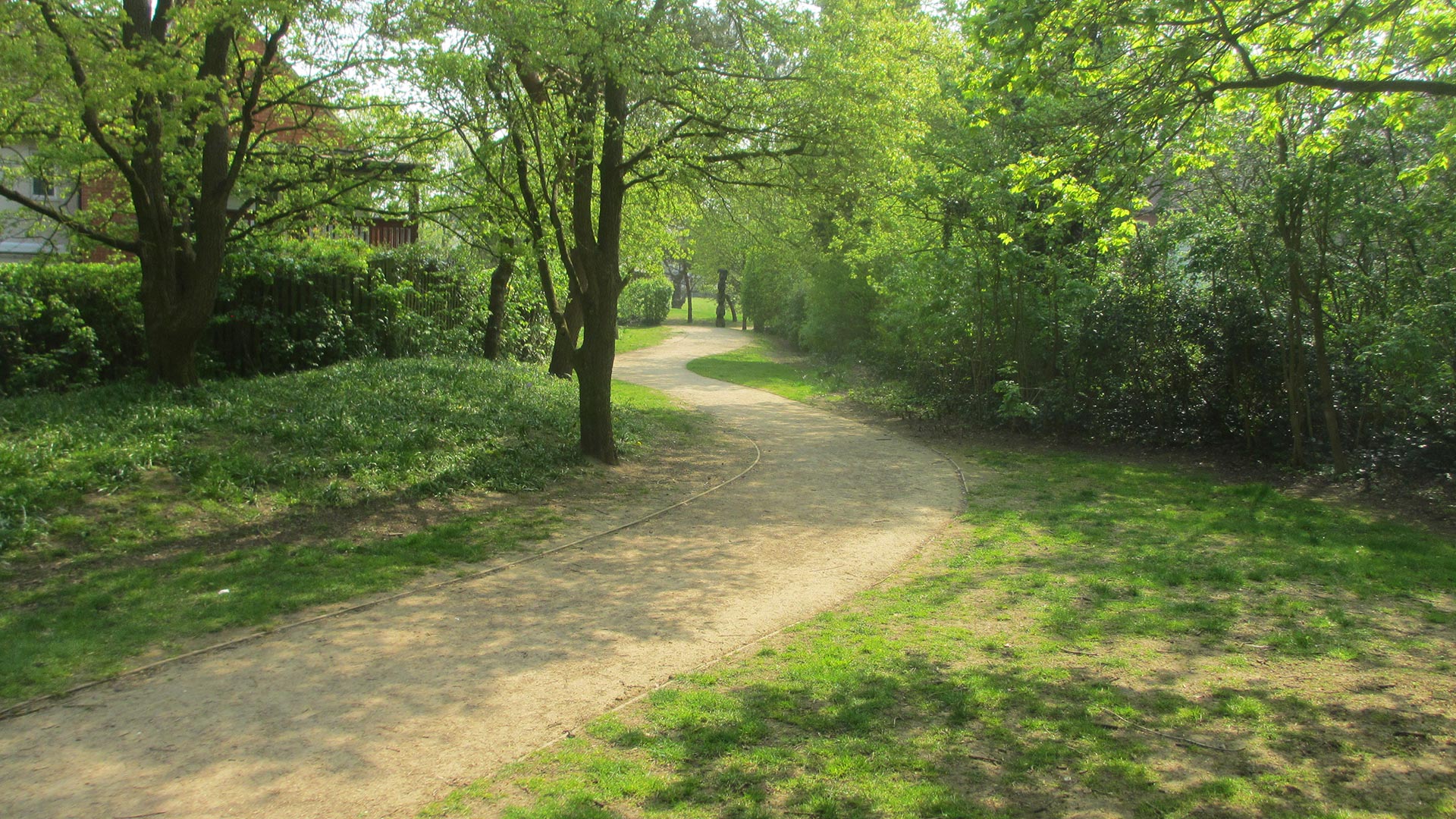